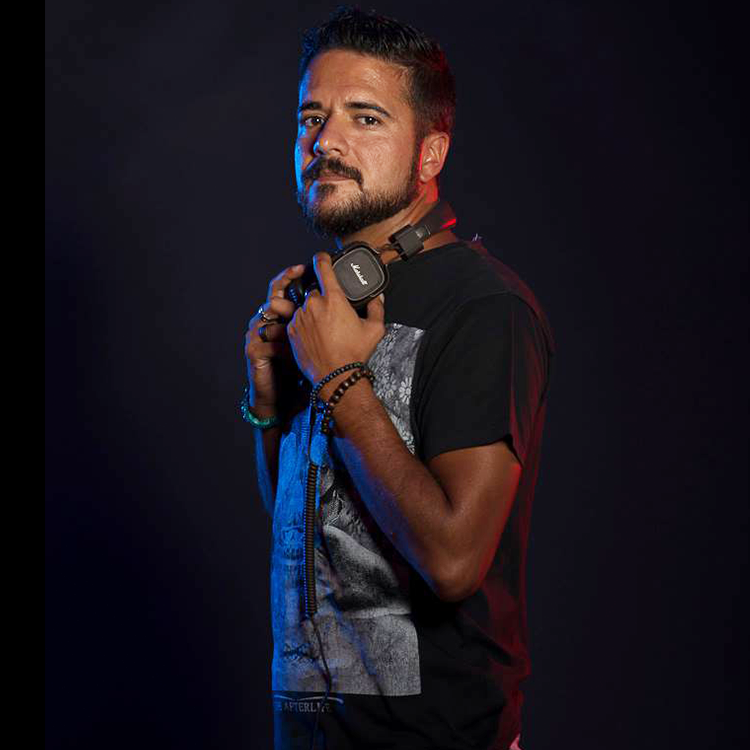 David Dorado is a Spanish DJ who offers sessions full of rhythm and energy.

David's interest in electronic music, especially Tech and House, started in the 90s. As from 2000 he started to use his passion professionally.

The club culture that he saw and listened to during those years is what led him to his characteristic style that offers a rhythmic and danceable show. His sessions vary from Deep House to Soul/Funk/Disco, House, Afro House…

We have enjoyed his sessions in many known clubs of Madrid such as D'Boveda,DEEP GROUND,LOLA09,  MORODER SOUND and of course the mythical AREIA.These are very known clubs in the centre of the capital of Spain who offer their listeners an always reliable style.

Ibiza is another of his favourite places, where he could display his full potential in different styles. We have seen him in clubs such as PUNTA ARABI in their IBIZA GROOVE partiesand the opening of the famous APERTURE. His experience in Ibiza led him to the opening of another famous place: EL CAFE DEL MAR ( Mallorca ).

This DJ has been leading a program called DORADO SOUND in various emerging radio stations as Mediterranean House Radio and MUUSIC.FM ( MUUSIC.ES ), where he reached 14,000 listeners all over the world.

He currently collaborates with The One Radio Marbella and Ibiza where he is involved in Deep, Chill & Ambient sounds of the world. He has now launched his own online radio station DORADO SOUND RADIO with his freshest and most casual styles. A natural step for this DJ who loves to take on new challenges.