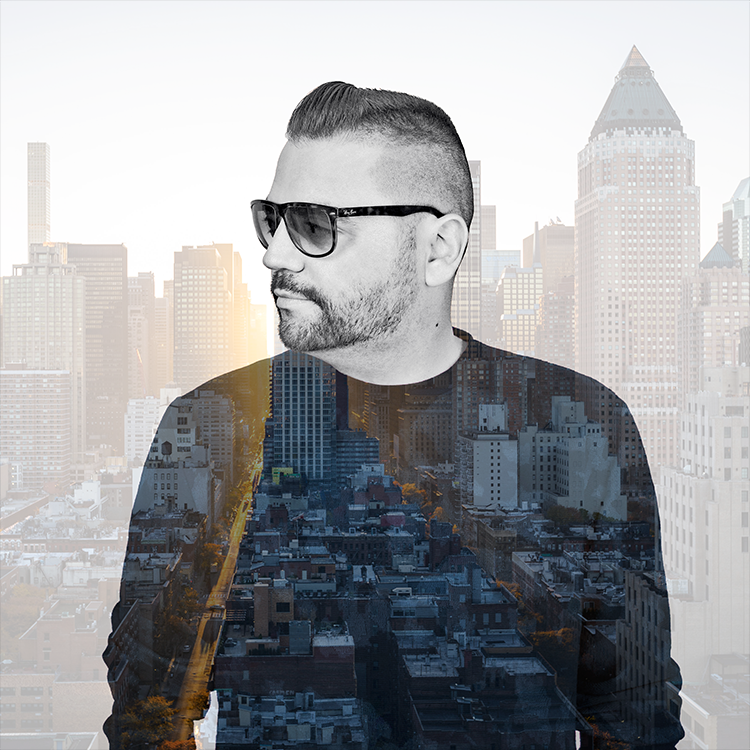 Deep Nitro is the stage name of Iván Salazar, Disc Jockey born in the city of Elche (Alicante), music lover, vinyl collector, considers music as a personal state of mind. “Passion for Music is like the food for soul”.

His sessions are loaded with elegant rhythms, ranging from the most current Deep House, through to Soulful, Lounge and most relaxing Chill Out music.

Deep Nitro is a concept emerged in 2013 in the city of Barcelona, with great influences from the "Wet Deck" sessions at Hotel W, although it has a long history of more than 15 years in the best venues in the genre.

DJ and collaborator on the most famous YouTube channels "Noisy Sounds", "Deep Zone", "Eriva Deep", "Viet Melodic", and on the iTunes podcast "Luxury Tunes", without a doubt five of the World's most influential channels across the Deep House genre.

He has been interviewed on top radio stations "Mediterranean House Radio", invited on the program "Dorado Sound", a reference space within House Music, by the announcer and DJ, David Dorado.

Since 2018, Deep Nitro has collaborated with weekly sessions on the program "Dorado Sound", for the prestigious digital radio station "Muusic.FM", based in the United Kingdom. He also collaborates in the musical radio program "Radio without borders", on Radio Playa de Aro station (www.rpa.cat), on dial 102.7 fm

In April 2019, he has been featured on the cover and has been interviewed in the international electronic music magazine “Your Magazine” (www.yourmagazine.es), based in San Sebastián, and a trajectory of more than 40 digital editions in just 4 years of activity.

In May 2019, he collaborated as a guest DJ in “Clubbers Radio”, a prestigious online radio station based in Malaga, with great repercussion in Marbella, Puerto Banús and Costa del Sol in general, dedicated exclusively to House music, in all its variants and sub-genres, 24 hours Non Stop Music from Spain for the whole World.

In October 2019, his Deep House sets enlivened the iconic infinity pool of the "Sky Bar", in the prestigious Hotel "Suites of the Gods", on the Island of Santorini (Greece).

In April 2020, he signed as a resident DJ with sessions every Tuesday from 10am to 11am, on the elegant online radio station "The One Marbella", for the Costa del Sol (Marbella 97.1), and "The One Ibiza", for the white island (Ibiza 101.1). Station with 24-hour podcasts without advertising breaks with the best music Deep House, Soulful, Nu Disco, etc ...

He is currently a Resident at Eat & Speak Gastrobar, with his party “Eat & Speak & Dance”, (Calle Gerona 9, Alicante) and in Skybar Guardamar, with his parties “Opening” and “End of Summer”, (Avenida de la Libertad 64, Guardamar), both pioneers of Alicante's Deep House sound.