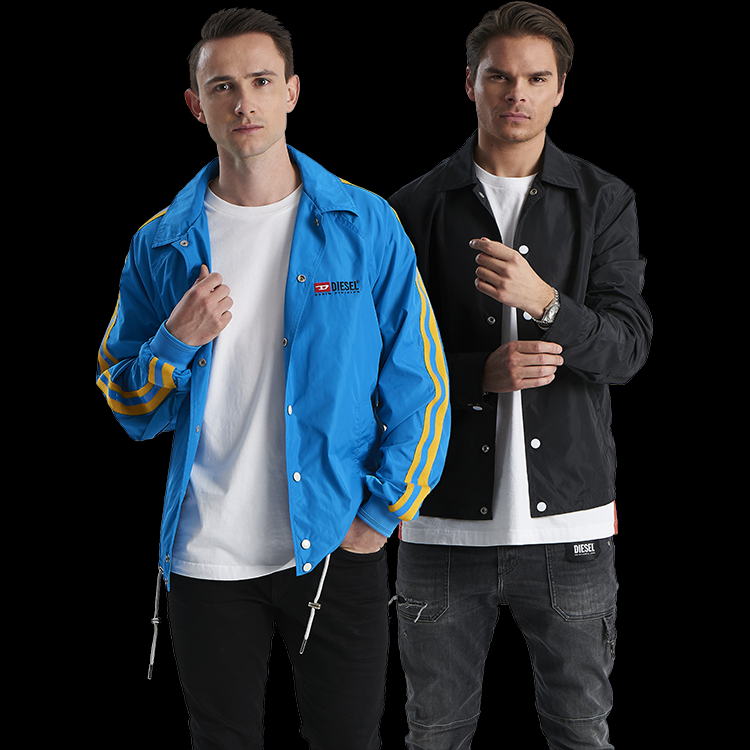 Lucas & Steve Beyond their breathtaking melodies and explosive performances, you’ll ﬁnd one of the closest friendships in dance music. Dutch powerhouse duo Lucas & Steve have seen a momentous rise to stardom in recent years, climbing charts and  entered the DJ mag top 100 in 2017 and they’re still going strong .

Renowned for their uplifting productions, the MTV award (2017) nominees have scored consecutive summer hits with ‘ Summer On You’ ,‘ I Could Be  Wrong’ ,‘ Up Till Dawn’  and  ‘Where Have You Gone’ which has amassed over 28 million streams on Spotify. Most recently the guys released ‘ Say Something’, which showcased their musical maturity while maintaining their globally adored feel-good sound. Have collaborated with Armin van Buuren, Bassjackers, Ummet Ozcan, Mike Williams & remixed for the likes of David Guetta & Robin Schulz, Lost Frequencies and more.

Alongside endless releases and a packed tour schedule, Lucas & Steve host their own weekly radio show ‘Skyline Sessions’ on Dutch national radio Radio 538 . The show is syndicated on 51 other radio stations worldwide and is streamed online by their local fanbase scattered all over the globe.

Skyline Sessions has grown into such more than just a radio show, as the DJ duo now host Skyline Sessions events all around the world & put on live studio  sessions for their fans. With an array of exciting productions set for release this year, Lucas  & Steve continue to make their mark on the dance music world in 2019.