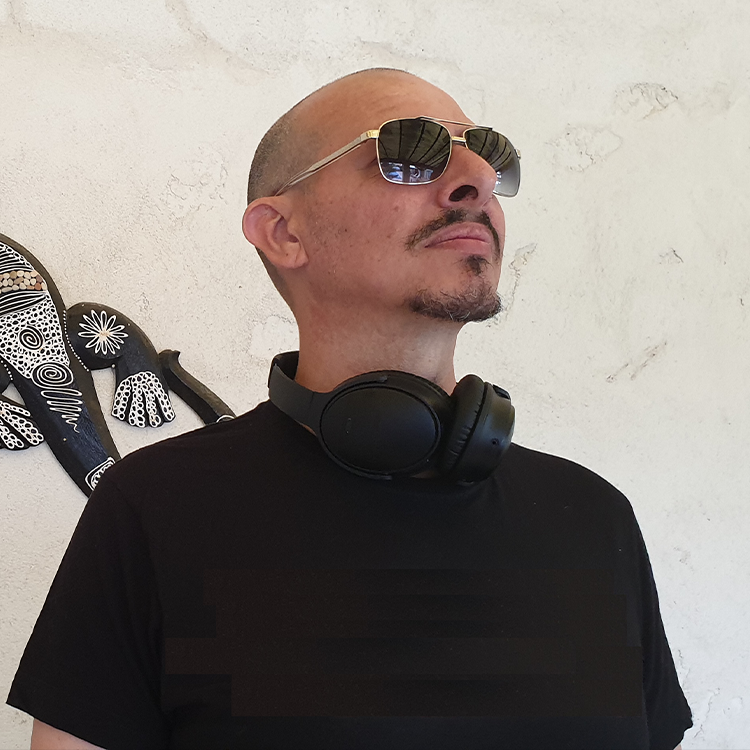 Active on the alternative Hard Techno scene in the South of France since 1998, Enguerran alias "OVER THE FLASH" is a guitarist and percussionist.

He performs in numerous rave and alternative main events in France and Italy.

In 2009, he began a big shift because of his passion for House and Tech-House and he began to produce more accessible music for clubs, and published some deep house musical essays under the alias of "Lovemillenium".

In 2013 and 2014, he published two electronic albums "Beyond the Last Breath" and "Premonition", later he published more than 50 hard techno tracks on the label "Conscience Collective Production", and worked on remixes for Jay Hitech's label "Deep Spot Records".

In 2018, he joined the "Techno Rules" project, a collective acting within clubs like "Cabaret Aleatoire" in Marseille or "Dieze Warehouse" in Montpellier and original places like "Le Cirque" in Hyères.

At the same time, he founded the label "La Cosa Minimalista" which aims to reveal and promote house and techno artists from French Riviera.

Since 2019 he has hosted a radio program "Techno Zone" on "Radio Active 100FM Toulon" under the alias "ENGUS ONE" with his collective.

In 2020, he joined "THE ONE" Ibiza/Marbella to produce a new radio deep-house weekly show: DEEP HOUSE PREMONITIONS by OVER THE FLASH